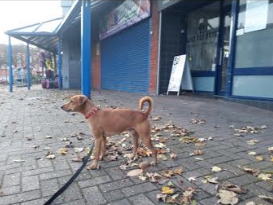 The main role of a Dog Warden is to seize stray dogs. There is no legal definition of what a stray dog is but it is generally accepted as an unattended dog in a public place.

Dog Wardens have varying other roles dependant upon when authorised delegation is given to them by their  Local Authority.

Dependant upon where you live will depend on what service level your Local Authority provides. It is best to visit your local Authority web site and search for the term “dog”.

Dog wardens handle all types of stray dogs and they usually fall into two categories, those generally lost and castaways.

Around about forty percent of the Dogs that Dog Wardens care for are castaways, dogs that have been castaway because the level of neglect is too high to resolve.

This can be physical neglect, ailments or injuries that should have been treated at a much earlier stage but the dogs health has fallen into such a poor state that the embarrassment or cost of taking the dog to a vet is too high.

Or it can be be behavioural, the dogs attitude to people or other animals has not been addressed and the dog has been allowed or inadvertently rewarded for bad behaviour. in some circumstances the dogs behaviour is conditioned to the extent that it can not be undone.

Many dogs come into the Dog wardens due to poor breeding, resulting in hereditary ailments and poor behaviour in dogs, its due to dogs being bred as livestock for profit rather than responsible breeding of companion pets.

The market for puppies is lead by the demand for people wanting to buy them, the easiest way to avoid purchasing a poor bred puppy is not to pay cash for them, pay by card.